Need For Speed Payback for Xbox One 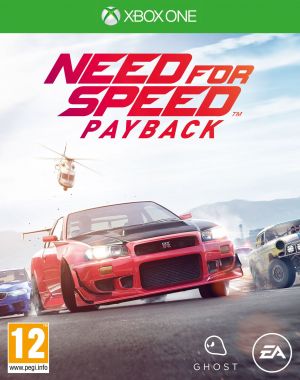 Fortune Valley; a city where vice, temptation, and corruption on a massive scale bubble underneath it's shiny exterior. A vicious and cruel criminal cartel known as The House rule it's asphalt-laden streets with an iron-fisted grip, their greedy fingers feeling their way into every dark, dank corner of the cities underworld; wherever there is sleaze or debauchery, The House is there.

Thankfully for the law abiding citizens of Fortune City, three individuals brave enough - or perhaps naive enough - are stepping up to the plate to liberate it from The House's tyrannical control: Tyler Morgan (The Racer), Mac (The Showman) and Jess (The Wheelman). Players will be put into the role of one of these three characters, each of them with wildly different driving skills and strengths, and will battle the cartel's forced through a number of intense action-driving sequences that will test their reflexes, reactions, and instinct to the utmost degree.

Need for Speed Payback is one of the most intense driving games released in 2017, and anyone looking for a white-knuckle thrill ride would be a fool not to pick it up!