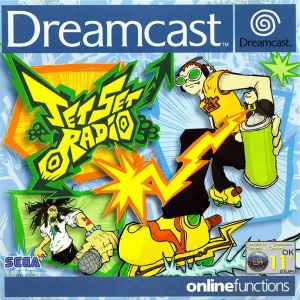 A supremely stylish experience; unique gameplay not emulated anywhere else; a devilishly infectious soundtrack comprised of original music and licensed tracks combined. These are all perfectly succinct terms to describe Smilebit's Jet Set Radio, but they seem hardly enough to truly capture the magic of the title in full. Despite only ever seeing two titles and one port in it's short life, the Jet Set Radio series is a truly beloved cult classic among not just the Sega faithful, but much of gaming culture at large, to the point that demand for that elusive third title remains at an all-time high nearly 18 years after its humble beginnings. For the uninitiated, though, what exactly IS Jet Set Radio, and why is it such a cultural phenomenon? Well, you see, the story goes a little something like this;

The setting is Tokyo-to, an alternative take on Japan's capital where the capacity of Skate Gangs and Pirate Radio is greatly increased. Players primarily assume the role of Beat, a fresh faced skater looking to prove himself that starts his own gang, The GG's. At first their escapes seem simple enough- largely they compete with other gangs for turf ownership, such as the all-female Love Shockers or the kaiju-themed Poison Jams- and try their best to avoid and out manoeuvre Police Captain Onishima, a... let's say spirited individual utterly dedicated to eradicating the scourge of graffiti and skating. Even if he has to make use of anti-riot tanks to do it. The plot quickly takes a turn for the more dire, however, when GG inductees Combo and Cube talk about how their hometown, Grind City, has been completely overtaken by the Rokkaku Conglomerate, a sinister organisation with a reach in almost every industry imaginable- they, naturally, have their eyes set on dominating Tokyo-to next. Complicating matters further is the CEO of the conglomerate, Goji Rokkaku, has his heart set on discovering The Devil's Contract somewhere within Tokyo-to's sprawling urban landscape: a vinyl record said to contain the power to summon demons when played. And, of course, the GG's are the only group capable of taking the wretched organisation down.

The somewhat threadbare story is strung together not only by fantastic narrated segments performed by the games greek chorus, DJ Professor K of the in-universe Jet Set Radio pirate station, but rock solid gameplay that's all about two things: leaving hella swish tags 'round every inch of Tokyo-to, and pulling off some killer moves and tricks as you traverse it. The controls are fluid and intuitive, and the action fast paced and frenetic. It is a wholly addictive experience comparable to no other in that regard. To say nothing of the aesthetics, of course; this was one of the first video games to make use of cel shaded graphics, yet it hasn't aged a day since release and still looks stunning; and the skank-funky music, particularly the original work by artists Hideki Naganuma and Richard Jacques, manage to encapsulate all the popular styles of the day in the best ways possible and still go hard even today.

There is no game quite like Jet Set Radio, and you owe it to yourselves to play it. 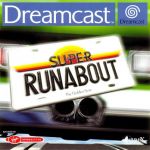 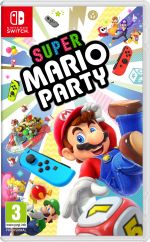 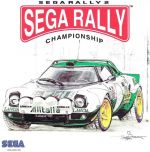 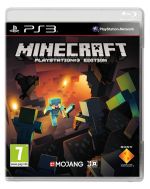 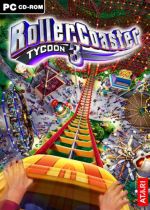 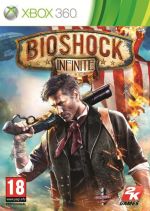 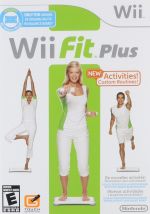 Will You Stop Playing With That Radio Of Yours?

Few games can be said to succeed on the merits of their style alone, but the combination of then-uncommon and very stylish cel shaded graphics, a phenomenal soundtrack that's half original material and half licensed material, and a semi-futuristic meets skate-punk aesthetic helped launch Jet Set Radio to meteoric heights. Although, the fairly unique gameplay certainly helped. Even today, many people still hold this game in their hearts (and rightly so, as it is absolutely fantastic).
by Decon 5th July 2016

Turn That Radio Down

Can you believe that this epic game came out a whole 13 years ago? It hasn't aged one bit either, and personally I think this is much better than the Xbox port which was released shortly after. Long live Dreamcast!
by Barbossa 22nd March 2012
Leave Review