The King of Fighters 2002 for Xbox 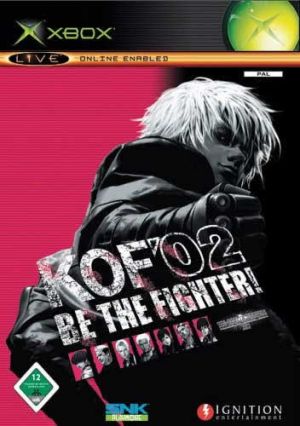 Love fighting games? Yes? Good, then this is one for you to try out for certain! The 2D fighting style of The King of Fighters is sure to give you hours of entertainment as you play against friends, with the ability to choose from a long list of characters. You can play as any of the following fighters: Athena, Billy Kane, Blue Mary, Geese, K, Kensou, Kim Kaphwan, Kula, Kyo, Leona, Mature, Maxima, May Lee, Ramon, Rugal, Ryo, Terry, Vice, Whip, Yamazaki, or Yashiro.

Once you have figured out your favourite, you can spend time working on those special moves and learning the combos that you need in order to win all of your fights, which of course is the goal of any fighter in this kind of series!

Although it may be named after 2002, this particular King of Fighters instalment was actually released for the Xbox 360 in 2005, so do not let the title confuse you! It is rated for those aged twelve or over, and there are some excellent cheats which will allow you to unlock extra Orochi versions of Chris, Kusanagi, Shermie, and Yashiro, as well as being able to unlock Geese and Goenitz while playing.