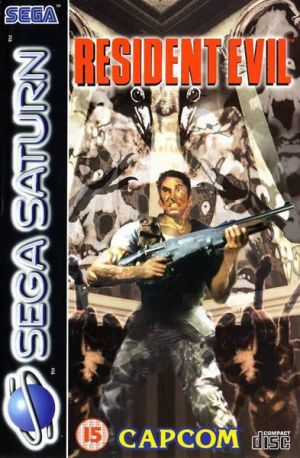 It is generally quite challenging to critique a video game without giving away lots of the best surprises, but it's even harder to review one in which the surprises give the game it's unique quality. This piece of retro gaming genius from Capcom’s Shinji Mikami headed studio was just the second within the “Survival Horror” genre to be released on the Sega Saturn following the unique, but badly received, Alone in the Dark. Still, pretty good going for a man with a previous list of work based entirely within the Disney universe.

Resident Evil follows the tale of Chris Redfield, Jill Valentine, Barry Burton and Albert Wesker; all members of elite squad S.T.A.R.S. The characters of Jill and Chris are available to play, with the latter two vanishing during the first act. The situation leaves the player alone inside a bizarre Mansion within the borders of the fictional Raccoon Forest, in which the game's story is focused. For a video game in which the most unforgettable events result from sheer terror, the vast majority of still goes into the survival element. Trapped with the four walls of the estate by genetically modified zombie hounds, who are accountable for the fatalities of countless numbers of your associates, the experience revolves around locating an alternate way of escaping the horrifying situation.