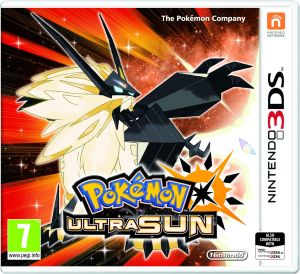 The seventh generation Pokémon games quickly cemented themselves as future classics among the long running series; boasting a cast of quirky and likeable characters, a pretty engaging storyline with some interesting twists, and a number of highly imaginative Pokémon designs (including the introduction of Ultra Beasts), Pokémon Sun and Moon would've been guaranteed successes even without the series' pedigree backing it.

However, Game Freak are not a team to rest on their laurels, and in June of this year, updated re-releases of the games were announced. The storyline has been tweaked and updated slightly, brand new Ultra Beasts have been introduced; the first games in the series to introduce brand new, non-Legendary Pokémon mid-generation; two devilishly destructive forms for the Legendary Pokémon Necrozma, and an awesome post-game battle mode where the player can face off against several baddies and ne'er do wells from the series' past; including Giovanni of Team Rocket fame!