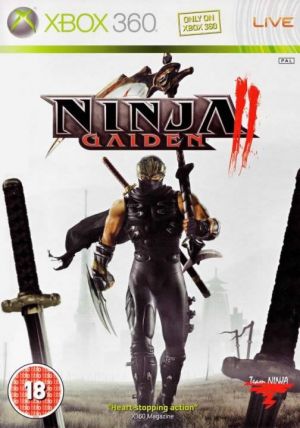 If you are a fan of the classic Ninja Gaiden series, this is a game that you just have to try. Ryu Hayabusa is on a serious and epic mission – to avenge the murder of his clan, and to prevent the destruction of the human race! The good news is that he can take care of both of these goals at once, using his ninja skills to track down the people who massacred his village and using his ninja weapons to take them down one by one.

This is a world in which every corner hides some new peril, and you will experience thrilling combat as you work your way through the levels, enjoying lots of new adventures and a new health regeneration system which will allow you to carry on moving forwards even when you are injured, with the pride and unstoppable determination of a true ninja.

This popular sequel was released for the Xbox 360 in 2008, and is rated 18 for a very good reason. You can expect some glorious battles in this game as well as the chance to enjoy an all new game play engine which really ups the stakes from the previous incarnation.