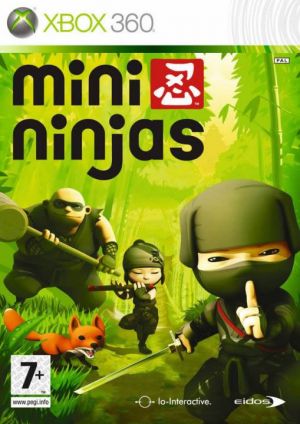 They say that size does not matter – and that is certainly the case for Hiro, the pint sized hero who has a very big adventure to go on in this game. He must set forth on an epic quest with the goal of restoring harmony to his world, which is teetering on the brink of chaos and destruction. This is a ninja adventure unlike anything that you have seen before!

An evil samurai warlord has been turning innocent and helpless animals into his evil minions, and he plans to take over the world and turn it to his own purposes – and you are the only one who can save him, taking the part of Hiro to defeat all of the animals and restore peace once the warlord has been stopped in his tracks.

Released in 2009, this game for the Xbox 360 combines a great idea with fantastic graphics and play style, allowing you to really enjoy the whole experience from start to finish. Hiro is accompanied by a cast of friends, such as Futo with his large hammer, Suzume who uses a flute to charm enemies, archery expert Shun, fast Tora, spear wielding Kunoichi, and the wise Grand Master.