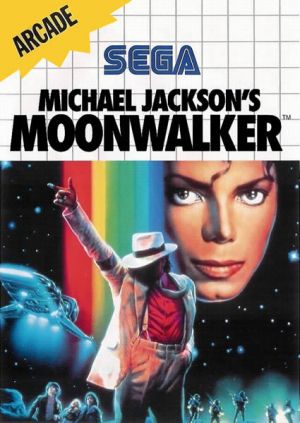 If your Moonwalking skills could use a bit of work, have no fear – in this game you will use Michael Jackson’s legendary dance skills to walk all over muggers and outfight even the most hardened criminals! With a soundtrack that includes classic songs like Billie Jean, Beat It, Bad, and Smooth Criminal, you will be dancing in the streets and fighting in the clubs, taking out gangsters to stop them from kidnapping all of the kids in town.

Use Michael’s Star Magic to take them out one and for all, and head for Mr Big’s hideout for a showdown with the boss himself – only you can stop him and his squad of goons from taking all of the kids, so make sure that you do not lose your cool while you sing and dance your way to becoming a hero with moves that defy physics.

Released in 1990, this Sega game is based on the movie of the same name which was released in 1988. You control Michael Jackson in this platform game, going through all of the same locations as were featured in the movie on your Sega Master System console, with a great final boss.