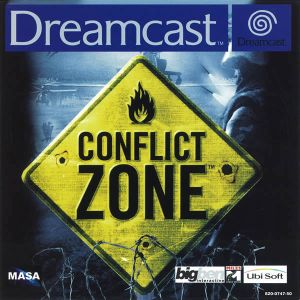 There are two playable operations in Conflict Zone: the ICP campaign and the GHOST campaign. Missions happen in sites and entail imaginary conflicts, for instance, battle between Malaysia and Indonesia, civil war in Ukraine, Pakistan and India and Niger and Nigeria. Most operations necessitate the player to put up a base to finish the assignment effectively. The residents are brought to your base to make cash from propagandistic reputation, therefore rather than demolishing supply storehouses like the majority of games you need to execute the residents that remain in the rival's base.

There are a number of structures which can be built, counting enlistment/refugee camps (expatriate encampments for the ICP, recruitment base camps for the GHOST), vehicle factories, barracks and logistics structures (which accelerate structure and unit training/construction times).

Conflict Zone's key improvement was the use of misinformation, which was critical in the game: working in a manner that brought public awareness against the player's part made the game difficult. Additionally, both the GHOST and the ICP have their individual benefits. The ICP has more sophisticated units, however command fewer units altogether than the GHOST, and ICP units are more costly. The GHOST units, alternatively, are cheaper and can be grounded in bigger numbers; however, they are less sophisticated than their ICP counterparts are.