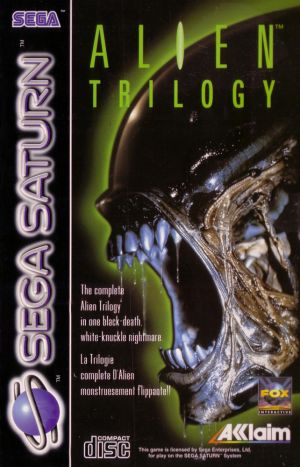 Alien Trilogy puts you in the role of Ellen Ripley (now a marine herself) running you through a gauntlet that roughly follows an abridged, alternate universe retake of the first three films, and all that entails; dark, dank corridors, an atmosphere so thick you could cut it with a knife, and grisly encounters with Facehuggers, Warrior Aliens, Dog Aliens, and many many more, including the infamous Queen Alien.

Following the time tested first person formula, you must clear out the infested remains of a marine base on planet LV426, making contact with any survivors, and exterminating any assailant that gets in your way with a wide assortment of weapons, including fan favourites weapons like the pulse rifle and the flamethrower.